How to Remove a Ceiling Fan 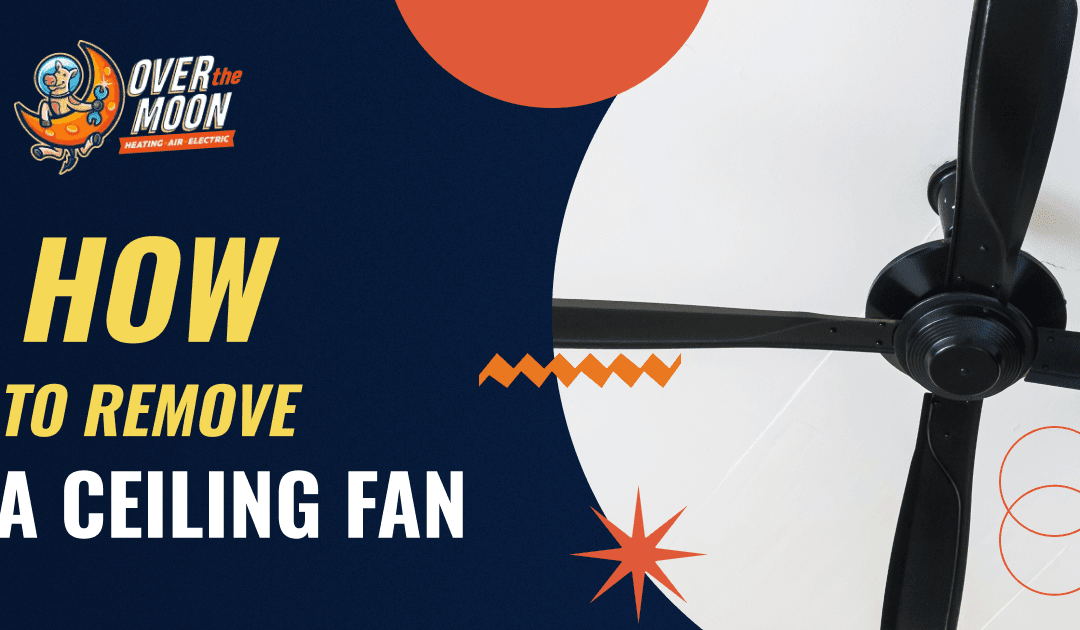 Replacing your outdated ceiling fan can be a relatively simple weekend project. The first task is to remove your old fan. Every unit is different from another, but here are some general steps so you know how to remove a ceiling fan from its mounting.

Removing a Ceiling Fan in 6 Steps 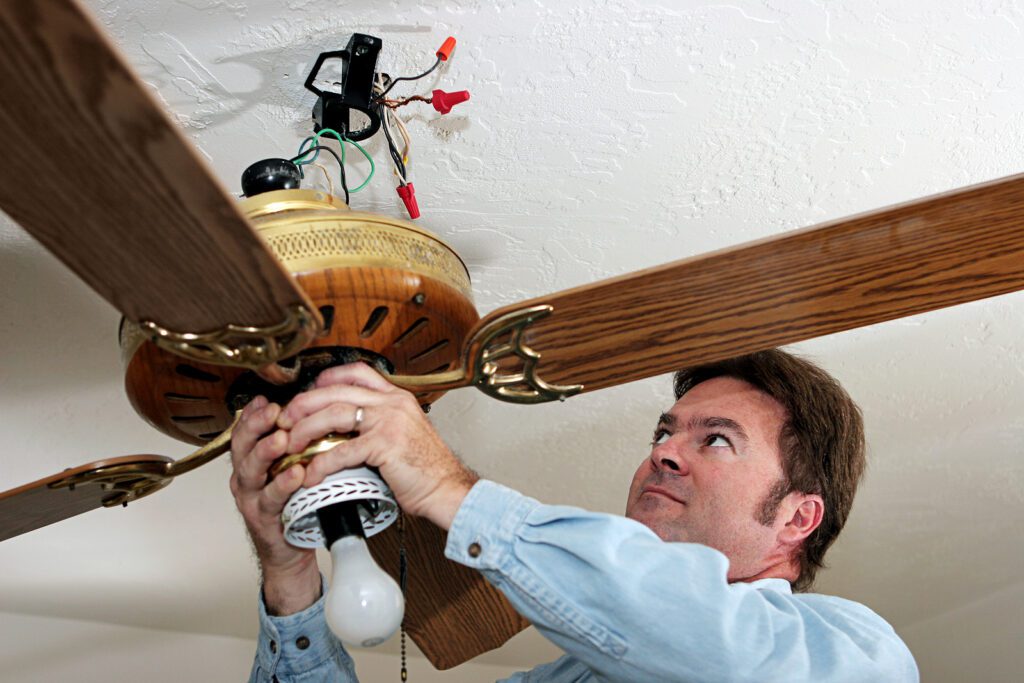 Step 1. Turn Off the Power

Don’t just turn off the wall switch or knob. Go to your electrical panel and switch off the appropriate circuit breaker. Then try to turn on the fan or lights in the room. The breaker should be labeled, but if you’re not sure, turn off smaller breakers one at a time and keep checking whether the fan is on or off. You can also use a voltage tester to verify there’s no power.

Different types of fixtures are used for ceiling fans, such as:

Remove the wire nuts before disconnecting the fan wires from house wires. Disconnect the remote receiver if there is one wired in the canopy. For a low-profile ceiling fan, remove the light and blades and then disconnect the wires; they are often attached to a mounting bracket with a hinge on which you can rest the fan. You can therefore unwire the unit with both hands.

The old fan’s mounting bracket must be removed. Your new ceiling fan will have its own bracket designed to match its configuration. For fan brackets attached directly to the electrical box, keep the same screws; for brackets secured to a wooden brace with wood screws, new screws will be needed.

Depending on the type of ceiling fan, removing it may require additional steps and considerations. Some examples include:

Our licensed electrical technicians can assist if you don’t know how to remove a ceiling fan or aren’t comfortable doing so. We specialize in installations, replacements, and upgrades so you can benefit from a fan in the summer and winter. Light kits, remotes, and speed controls can be installed as well. For help selecting and installing a ceiling fan, schedule service online or call 262-218-2881 today!